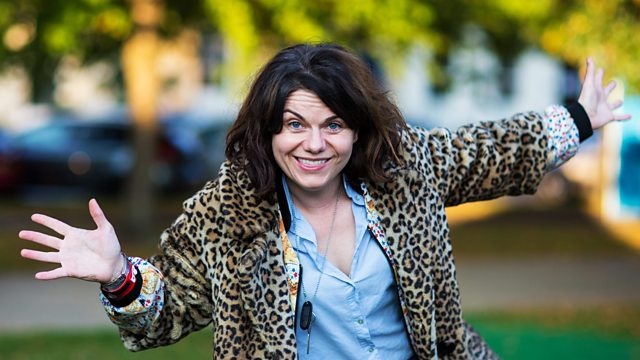 Kirsty Young's castaway this week is the writer Caitlin Moran.

A columnist for The Times newspaper for 25 years, she's published five books and co-wrote the Channel 4 sitcom Raised by Wolves. The eldest of eight children, and raised on benefits on a council estate in Wolverhampton, she was taken out of school by her parents aged eleven and educated herself at the library and by watching television, reading all the classics and learning from popular culture.

She started writing early and after winning several writing competitions, her first novel, The Chronicles of Narmo, was published when she was just sixteen. She became a music journalist for Melody Maker and, not long after that, started writing regular columns for The Times covering everything from politics and feminism to musings on her own background. She is currently finishing her sixth book and writing several film scripts.

She has been married to the music journalist Peter Paphides since 1999 and they have two daughters.