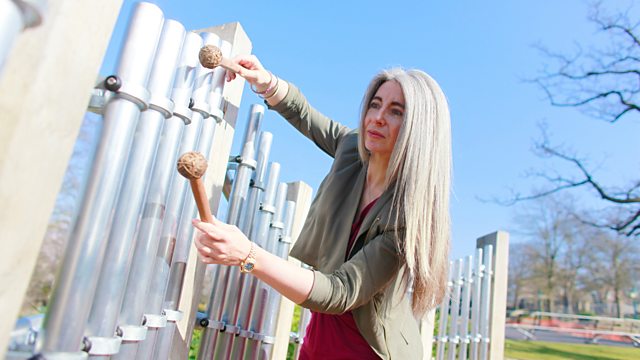 Samira Ahmed talks to percussionist Evelyn Glennie, who is creating a piece of music with the residents of King's Cross, London. Plus Lyse Doucet discusses the film Christine.

Samira Ahmed talks to percussionist Dame Evelyn Glennie, who is inviting the residents of Kings Cross, London to help her create a new musical work over the next twelve months.

British director Garth Jennings, whose previous films include Son of Rambow and The Hitchhiker's Guide to the Galaxy, ventures into the world of animation with the hit American musical comedy Sing.

Evelyn Glennie is King's Cross musician in residence for 2017.

Image to the left: Evelyn Glennie (Right) with Samira Ahmed

Garth Jennings' animated film Sing, certificate U, is released in the UK on 27 January 2017.

The Entangled: Threads & Making exhibition is at the Turner Contemporary, Margate in Kent,  from 28 January - 07 May 2017.