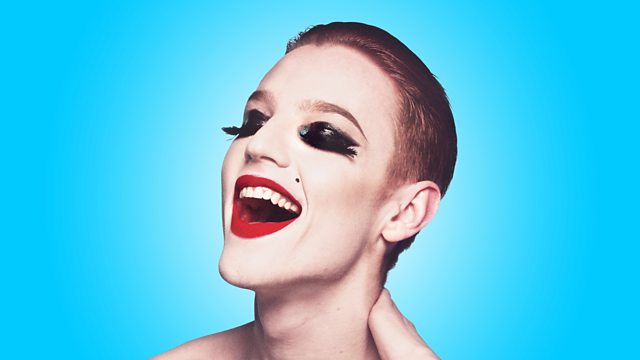 A war film with a pacifist hero, a musical about a boy who wants to be a drag queen, an exhibition about the fascination with Napoleon, an online hit novel and a bit of Burns.

A new musical, Everybody's talking about Jamie, is based on the story of a 16 year old boy determined to go to his prom in a dress and become a drag queen. Samira Ahmed went to rehearsals to meet Dan Gillespie Sells from band The Feeling, and screenwriter Tom MacRae who have created their first musical, as well as Jamie Campbell, now 21, on whom it is based.

Vic James's debut novel, Gilded Cage, is set in a Britain where the magically-skilled aristocracy compels all commoners to serve them for ten years. Vic wrote it on Wattpad, an online storytelling website. It was read over a third of a million times and went on to win Wattpad's Talk of the Town award. She joins Samira, live.

The Allure of Napoleon is the opening exhibition in the Bowes Museum's year-long celebration of its 125th anniversary. Dr Tom Stammers, lecturer in European Cultural History at the University of Durham, discusses this show which presents Napoleon as one of the first celebrity statesmen, who burnished his ascent from political outsider to national leader with the power of art.

Hacksaw Ridge has six Oscar nominations; including Mel Gibson for Best Director. The film tells the true story of Desmond Doss, the first conscientious objector to earn the Congressional Medal of Honour for saving the lives of 75 soldiers in Okinawa, one of the bloodiest battles of WWII. It's been hailed as a new kind of war movie because it graphically exposes the effects of guns on the human body while celebrating a central character who refuses to pick one up. Michael Leader reviews.

This evening is Burns Night when, all over the world, people celebrate the great Scottish makar, Robert Burns. Front Row has a reading his work from Scotland's current Makar, Jackie Kay.

Everybody's Talking About Jamie, the new musical based on the life of Jamie Campbell, is at The Crucible in Sheffield from 09 - 25 February 2017.

Vic James' Gilded Cage, the first part of The Dark Gifts trilogy, is published in paperback by Pan Books on 26 January 2017.

The allure of Napoleon

The Allure of Napoleon exhibition is at The Bowes Museum  in Durham from 28  January - 19 March 2017.

Image: Augustus and Cinna by Étienne-Jean Delécluze. The painting uses Roman history to reflect upon treachery against the Emperor.

Something from Robbie Burns