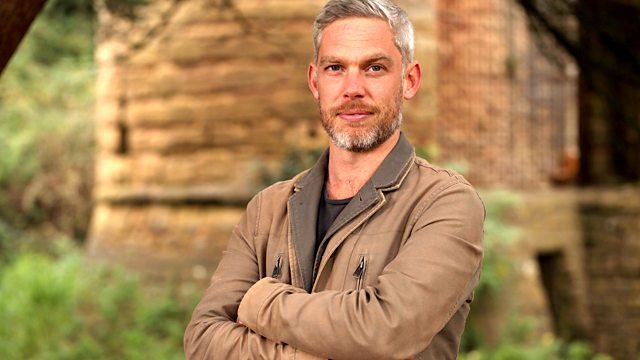 In the final episode, Dr Sam Willis looks at the drive to develop ever more precise weapons on the battlefield, from artillery shells to rifles to the Maxim machine gun.

In the concluding episode, Dr Sam Willis charts the evolution of weaponry in Britain from 1800 to the First World War, looking at the drive to develop ever more precise weapons, from artillery shells to rifles to the Maxim machine gun.

The pace of technological change in the 19th century was phenomenal. Sam test-fires a 'Brown Bess' musket, the infantry weapon of choice at Waterloo in 1815 and discovers that a well-trained soldier could fire up to three shots a minute. He also looks at efforts to make artillery more effective on the battlefield with the invention of spherical case shot, a new type of shell that was named after its inventor - Henry Shrapnel.

Sam finds out how accessible firearms were to the public in the early 19th century and tells the little-known story of Spencer Percival, the only British prime minister ever to be assassinated, shot at point blank range in the lobby of the House of Commons in 1812.

By the turn of the 20th century, several inventors believed that they could banish war if they invented the ultimate weapon, an instrument so horrific that no-one would dare use it. In the 1880s, Hiram Maxim, an American inventor, devised the first 'Maxim' machine guns in his workshop in Hatton Garden, London. The first rapid-fire weapon to harness the energy of its own recoil, the Maxim gun, and its successor the Vickers machine gun, could fire 600 rounds a minute and were used to devastating effect on the battlefields of the First World War.

Automatic weapons were also sought by criminal gangs, as Sam discovers when he looks back at one of the most infamous sieges of the 20th century - the Siege of Sidney Street in 1911.

The series culminates in a remarkable experiment to find out whether a bulletproof vest made of silk might have stopped a bullet fired at Archduke Franz Ferdinand. With the aid of the Royal Armouries, Sam conducts a unique experiment with assistant firearms curator Lisa Traynor to prove that a bulletproof vest owned by the archduke would have stopped a bullet fired by his assassin, Gavrilo Princip. The killing of the archduke on June 28 1914 set in motion a chain of events that led to the outbreak of the First World War.

World War I was the deadliest war of its age, with the most technologically advanced firearms and weapons of almost medieval brutality used to wage a devastating conflict. When the firing finally stopped on November 11, 1918, an estimated 17 million people had died and 20 million had been wounded. In the aftermath of World War I, we now put increasing faith in treaties, international conventions and diplomacy. Surely we could never allow such carnage to happen again?