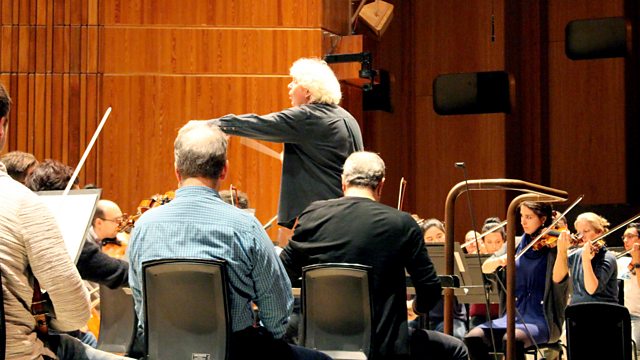 Live from the Barbican, Simon Rattle conducts the London Symphony Orchestra. With the world premiere of Mark-Anthony Turnage's Remembering and Mahler's Symphony No 6 in A minor.

Since his '60s Liverpool childhood when the Mahler revival was getting under way, Simon Rattle has been obsessed with his music and has become one of the world's leading Mahler conductors.

Rattle has paired this darkest of Mahler's symphonies with another of his passions, new music. Ever since Mark-Anthony Turnage was the City of Birmingham Symphony Orchestra's Composer in Association in the early 1990s, Rattle has championed his music and premiered many of his most important works.

Tonight's world premiere is 'Remembering', a memorial for Evan Scofield, the 25-year-old son of Turnage's long-time musical collaborator and close friend, John Scofield. It's a substantial and deeply-felt work in which, says Turnage, he has at once tried to reflect Evan as an original and positive person and to 'reconcile something very personal and private with a statement experienced in a public space'.

After tonight's concert there's a chance to hear works performed during a recent concert that surveyed music written and performed in Terezin and the Warsaw Ghetto - Music on the Brink of Destruction.