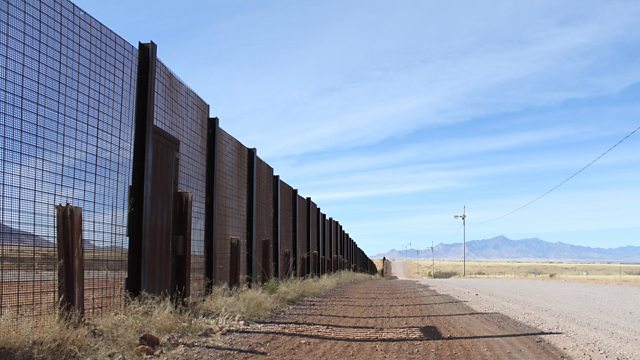 Journalist and historian Carrie Gibson asks what Donald Trump's presidency could mean for Mexican Americans in the US.

Journalist and historian Carrie Gibson asks what Donald Trump's Presidency could mean for Mexican Americans in the US.

Donald Trump's pledge to build, as he put it, a big, beautiful wall on the border between the United States and Mexico, is one of the most controversial and emotive policies to emerge from the 2016 Presidential campaign. For some it's a welcome stand against what many regard as an out of control immigration problem. For others it's unnecessary, overblown and toxic rhetoric that stokes fear and xenophobia.

In southern Arizona, where a tall fence already cuts the border, this debate plays out daily. It's home to Mexican Americans with family history that stretches back before this state was claimed by the US, as well as the most recent immigrants, some of whom risk their lives to evade the Border Patrol and cross the deadly desert. Arizona is also home to many of the most stringent immigration policies in the nation.

In the border towns of Nogales and Naco, and further north in Tucson and Phoenix, Carrie Gibson explores the historic roots of these issues and meets the people who are living the complexities of the immigration debate today.

Carrie meets an undocumented Mexican mother whose four children are US citizens and fears being separated from her family. A rancher whose land stretches to Mexico shows us the repairs needed to the border fence after drug traffickers broke it down to drive their wares across his land. A Latino politician explains why he's supporting Trump. And an American whose Mexican heritage in the region stretches back further than that of many white Arizonians, tells us about being told to go back 'home'.