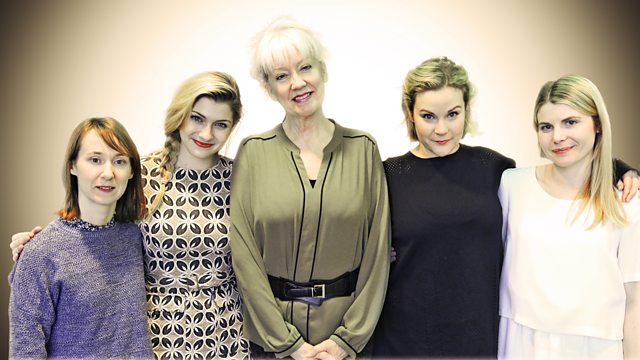 It is the time of the American Civil War, and in New England, the March family are facing a frugal Christmas without their father.

It is the time of The American Civil War and in New England the March family are facing a frugal Christmas without their father. Four young women forging their path into the adult world, tell of the challenges of a woman's life in a male dominated society. Each of them is very different but in all four of the March sisters the 'All-American girl' emerges for the first time. Louisa May Alcott's coming of age story about love, destiny and freedom, in new version dramatised by Rhiannon Tise.

Produced and Directed by Tracey Neale

As the episodes progress we learn more about each of the sisters. They love and value each other but a couple of them are really feisty and there are lots of funny incidents. All the ups and downs of family life are realistically drawn. There are truly heartbreaking moments during the story too. This new dramatisation by Rhiannon Tise has a pacy, updated and energetic feel to it. Meg, Jo, Beth and Amy each take a turn in telling the story and this focus gives a much stronger voice to each of the sisters. And to give a male dynamic to the piece, Laurie, their neighbour and friend, also takes up the narration at particular moments too.

Louisa May Alcott's Little Women is highly autobiographical, and in Jo's character Alcott portrays a strong-minded and independent woman, determined to control her own destiny in a little town in New England at the height of the American Civil War.

The Dramatist, Rhiannon Tise, has written nine radio plays. Her first won the Richard Imison Award. Her most recent dramatisation work was Georgy Girl for the British New Wave Season. She is currently developing a 3 part drama for television. Rhiannon's East Prussian paternal ancestors arrived in America around the same time Little Women was written so she has a passion for both the novel and America of that time because of her own family history.