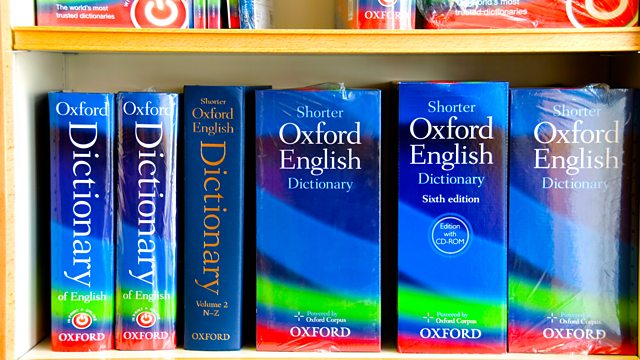 Book of the Week The Word Detective
Episode 1 of 5

The story of words, cultures, the OED and John Simpson, a word detective who spent 20 years as chief editor of the world famous dictionary. Read by Nigel Anthony.

Language is always changing. No one knows where it is going, but the best way to peer into the future is to look at the past. John Simpson brings to life a tradition of researching and editing, describing the way in which the Oxford English Dictionary is written and updated - based on historical principles showing how language evolves.

John Simpson joined the staff of the OED in the pre-digital 1970s. He retired as Chief Editor in 2013, having overseen the digitisation of the dictionary in the 1980s, before taking it online in 2000.

With a sense of humour, an ability to laugh at bureaucracy and an inclination to question the status quo, he gives life to the colourful characters at the OED and to the English language itself.

In today's episode, John Simpson describes how the OED got started in the mid-19th century. He relates how he joined the staff as a fledgling lexicographer in the 1970s, and was soon given the job of revising the dictionary entry for the word 'queen'.