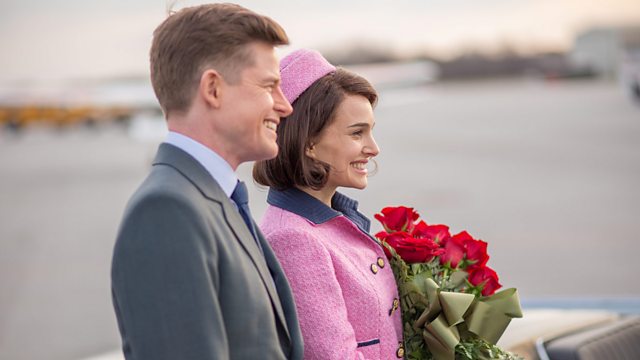 Jackie Kennedy, style icon. Has Donald Trump galvanized a new era in feminist activism? The 'forgotten' Bronte sister Anne. And Liz Earle on her name being her brand.

As the biopic Jackie hits our cinemas we discuss the influence and impact of First Lady fashion with Kenya Hunt, Fashion Features Director at Elle, and Oriole Cullen, curator of Modern Textiles and Fashion at the V&A. How did Jackie Kennedy make the role her own and why was her style so important?

This weekend as President Donald Trump takes office, women-led marches, will be taking place around the world. Has his election galvanized a new era in feminist activism? Jenni talks to Kirsty Walker who's organised a rally in Liverpool and to Sam Smethers Chief Executive of The Fawcett Society.

The last in our series of interviews called the Chain Professor Lalage Brown Emeritus Professor of Adult & Continuing Education at the University of Glasgow. We continue our series My Name is My Brand with Liz Earle one of the biggest names in the beauty industry. Plus playwright and journalist Samantha Ellis on why she wants to change people's perception of Anne the "forgotten" Bronte sister, with her new biography, Take Courage: Anne Bronte and the Art of Life.