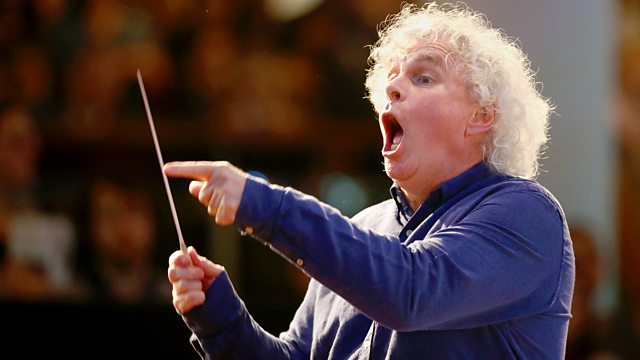 As Simon Rattle announces his first season as Musical Director of the London Symphony Orchestra, Kirsty Lang asks him about his plans.

The film Split is a psychological horror by M. Night Shyamalan (The Visit, Sixth Sense). It stars James McAvoy as Kevin Crumb, who suffers from Dissociative Identity Disorder and who exhibits 23 alternate personalities. After kidnapping three teenage girls, there's a race against the clock as his captives try to convince one of his personalities to set them free - before the arrival of the 24th personality, the 'beast'. Writer and psychotherapist Mark Vernon reviews.

For the last three decades, artist Lubaina Himid's work has explored historical representations of people from the African diaspora and their cultural contribution to the West. With two big solo shows at Spike Island in Bristol and Modern Art Oxford, Himid talks about making art as an act of political revelation.

It doesn't open in London until November, but hip-hop musical Hamilton is the West End's hottest ticket and touts are offering them for up to £2,500 each. Despite a paperless system - audience members have bring a confirmation email, the bank card used and photo ID - tickets made it onto secondary sites within hours of going on sale. Reg Walker, expert on combating ticket sales irregularity, reveals how touts circumvent such safeguards, and the impact on the audience.

Roland Schimmelpfennig is Germany's most prolific living dramatist. Responding to the rise of the far right in Europe his play Winter Solstice reveals how Fascism insinuates itself, rather than marches in. He talks about the highly unusual form of the play, in which the characters comment on the action, and how such a subject can be funny.

Split is in cinemas nationwide from Friday 20 Jan

Winter Solstice is at the Orange Tree Theatre, Richmond until
11 Feb