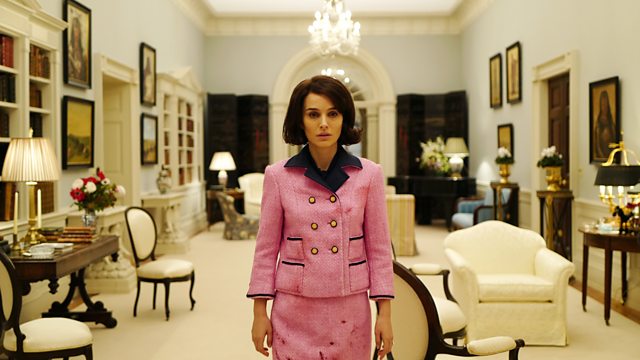 Sarah Crompton reviews Natalie Portman as Jackie Kennedy, a new production of The Transports, the winner of the TS Eliot Prize, and should non-Asian actors play Asian roles?

Following the casting of Tilda Swinton as a character originally identified as Tibetan in the recent film Dr Strange, and the furore surrounding the casting of a new production of Howard Barker's play, In The Depths of Dead Love - Kumiko Mendl, Artistic Director of Yellow Earth Theatre, and Deborah Williams, Executive Director of Creative Diversity Network join Samira to discuss the issue of 'Yellowface' - the practice of non-Asian actors playing Asian roles.

Sarah Crompton reviews the film Jackie, directed by Pablo Lorrain and starring Natalie Portman as Jackie Kennedy, which focuses on the immediate aftermath of JFK's assassination in 1963.

The Transports is a ballad opera telling the true story of two convicts who fell in love in prison as they were waiting to be sent on the First Fleet to Australia. They had a child, were cruelly separated, but thanks to a kind gaoler, were eventually united. It was recorded in 1977 by giants of the folk world - June Tabor, Nic Jones, Martin Carthy, Norma Waterson. 40 years on a new generation of folk stars - Nancy Kerr, Faustus, the Young'Uns - are touring their new production. Samira meets them as they rehearse and finds The Transports has plenty to say about exile and migration today.

Britain's most prestigious award for poetry, the TS Eliot Award, is announced this evening. The prize is for the best collection of poems published in 2016, and Front Row will have the first interview with the winner.

Main image above and image to the left: Natalie Portman as Jackie Kenney in Jackie.

The Yellow Earth Theatre's production of Tamburlaine, with British East Asian actors, opens at the Arcola Theatre, London on 15 March 2017, and then visits Oxford, Colchester and Birmingham in April 2017.

The winner of the  TS Eliot Prize for the best collection of poetry published in 2016 is announced on 16 January 2017.