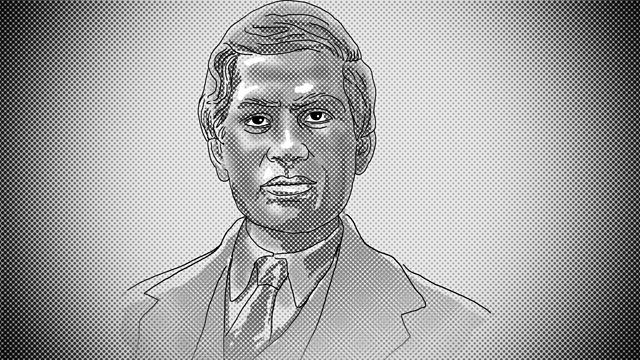 Here, alongside the celebrated English mathematician GH Hardy, he completed some extraordinary work on Pi and prime numbers.

What was even more extraordinary was that he couldn't prove a lot of his work, and attributed many of his theories to a higher power.

For the renowned UK choreographer Akram Khan, there is a beauty in patterns and maths, and he sees Ramanujan's genius as a clash between Eastern and Western cultures.

Together with presenter Matthew Parris, he explores the mathematician's life.

Guest Professor Robin Wilson, who once visited Ramanujan's home, takes them through some of the maths, and explains why you'll never look at the number 1729 in the same way again.