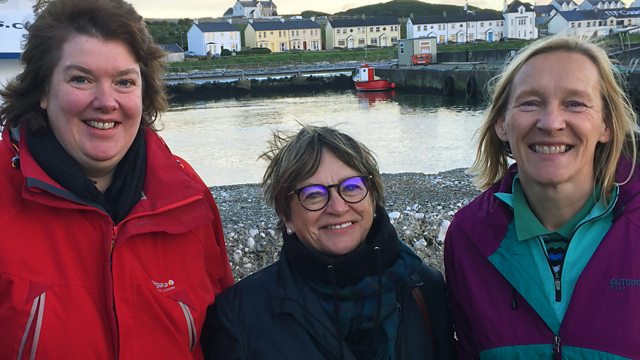 In this series of four programmes broadcast over Christmas and the New Year, Sheila Dillon explores the link between tradition and food.

Sheila ends the series by exploring the creation of a new food culture - in Northern Ireland. It started with the revival of the St George's market in Belfast - now in full swing, and hundreds of young businesses are now thriving. Sheila tours the market with chef Paula McIntyre and meets people with a new take on traditional Irish food. She catches up with butter and cheese producers who were in the vanguard of this new movement, and asks how you carry on innovating - and what they've learned on the way. And she travels to the island of Rathlin off the north coast of Ireland, to meet a family who are making an international business out of growing kelp, and exporting it to Japan.