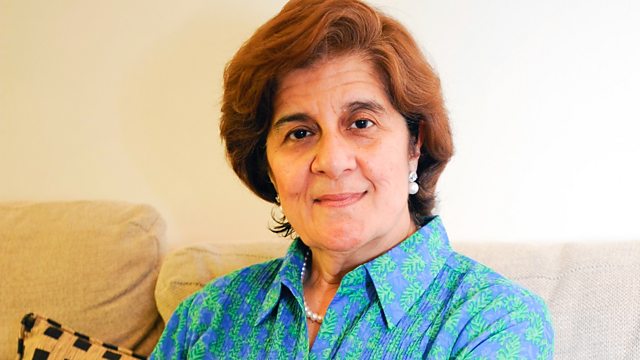 Pinky Lilani, who was awarded a CBE in 2015 for services to women in business, is the founder of the annual Asian Women of Achievement Awards and the Women of the Future Awards. She also runs her own company, which uses Indian food as a means of team-building, and has published two cook books.

Pinky was born in Calcutta, now Kolkata, where her parents were affluent and very sociable. They employed one of the best cooks in the city, so Pinky grew up surrounded by people and food. While she enjoyed eating, she had no experience of cooking. When she moved to London with her husband, who she married three weeks after their first meeting, she was unable to cook. After many culinary disasters, she returned to India and the kitchen in her family home, where the household cook shared his expertise.

Back in the UK, she started teaching evening cookery classes which in turn led to a role consulting for one of Britain's best-known food companies, who manufacture Asian staples including chutneys, breads and curry pastes.

In 2001, she published her first cookery book and set up in business to satisfy the two great loves of her life: food and people. In 1999, she founded the Asian Women of Achievement Awards and seven years later she added the Women of the Future Awards to her portfolio. Both of these have continued to be held annually, drawing high-profile support from, among others, Theresa May, Cherie Blair, the Duchess of York and the Countess of Wessex.