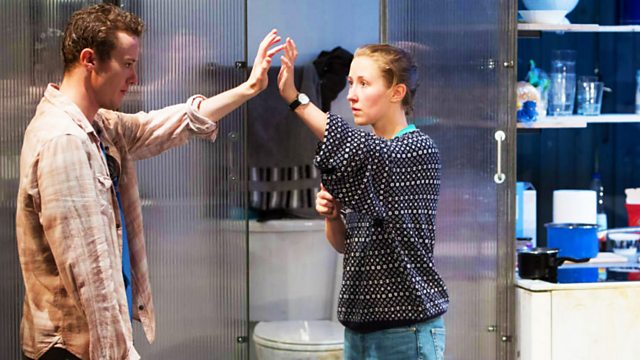 We can help you to decide between two films touted for Oscars glory: La La Land revives The Hollywood musical and Manchester By The Sea starring Casey Affleck- If you have to choose, which one deserves your custom?
Michael Chabon's latest novel Moonglow is sort-of autobiographical - the lies, deception, rumours, legends, confessions and confusions that all families create are explored through a life lived in The American Century.
Katherine Soper (a 24-year-old former perfume seller) won The UK's biggest playwriting competition with Wish List; a play informed by what she calls the government's "systematic assault" on disabled and mentally ill people. It's being staged at London's Royal Court Theatre
Artist Charles Avery's work is an ongoing evolving depiction of an imaginary island. Through drawings, sculptures and texts. he has created its topology, cosmology and inhabitants. He has a new exhibition of his imaginings.

Wish List is at the Royal Court Theatre in London until 11 February.

La La Land is in cinemas now, certificate 12A.

Manchester by the Sea

Manchester by the Sea is in cinemas now, certificate 15.

Charles Avery: The People and Things of Onomatopoeia: Part 2

The exhibition is on at the Pilar Corrias gallery in London until 17 February.

Michael Chabon’s new novel Moonglow is out in hardcover and ebook now.