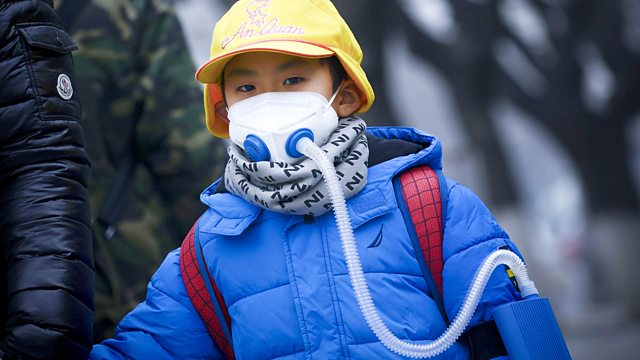 Kate Adie presents correspondents' stories: gasping for clean air in Beijing, Congo's political dance, new faces in Svalbard, truth and facts in the US, and a pet rescue in Cuba.

Kate Adie introduces correspondents' stories from around the world. John Sudworth is doing his best to tape up the windows of his Beijing flat as he tries to protect his family from the city's dangerous smog. Thomas Fessy remembers his days in Kinshasa, in the Democratic Republic of Congo, fondly. But now the dancing in this lively city is more mechanical and there's anxiety that a full-blown insurgency may be about to break out once again. Phoebe Smith is in one of the coldest inhabited places on earth, Svalbard, where the miners have been packing up their picks but new opportunities are opening up. The battle between fact, fiction and "truth" is being fought in the American media. Robert Colls says it's increasingly difficult to tell one from the other. And we have the story of a cat called Django from Will Grant in Havana, Cuba, where being a pet owner is an expensive business; but if you don't do it, who will?