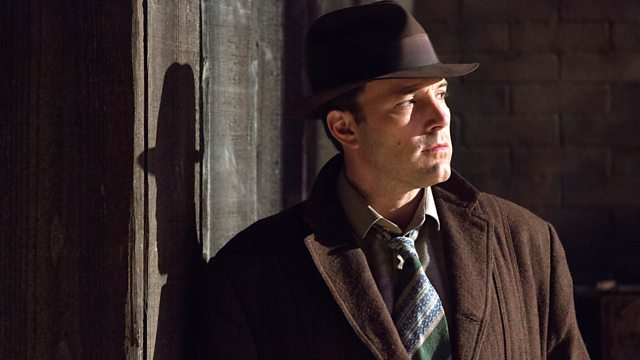 Ben Affleck discusses writing, directing, producing and starring in Live By Night, in which a bunch of Boston gangsters make their way to Florida and find themselves up against the competition in the Prohibition era.

With news that the Labour MP and historian Tristram Hunt is to become the new director of the V&A in London, former Chair of Arts Council England Liz Forgan gives her reaction.

Untitled is the name of a new exhibition at Nottingham's New Art Exchange. It refers to a longstanding practice where artists choose not to title their work in case it influences the viewer. This exhibition offers 12 contemporary African diaspora artists an open platform so visitors can come to their own conclusions on the message behind their art. Morgan Quaintance reviews.

As a new species of gibbon discovered in the tropical forests of SW China is named Skywalker, comedian and writer Danny Robins reflects on the weird world of animals named after cultural figures.

And to mark the severe flood warnings issued today for the east coast of England, we remember the flood in 1571 in Boston, which Jean Ingelow describes in her 1863 poem High Tide on the Coast of Lincolnshire.

Untitled: Art on the Conditions of Our Time

Photo credit: When Shall We 3 - Kimathi Donkor
(Scenes from the life of Njinga Mbandi) 2010

Untitled: Art on the Conditions of Our Time until 19 March at the New Art Exchange, Nottingham