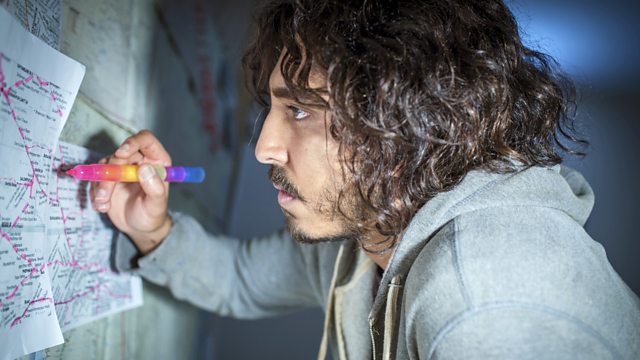 Dev Patel, Tina and Bobby, Harvey and the Wallbangers

Dev Patel on his role in Lion based on a real-life story; a new TV drama about football legend Bobby Moore reviewed; and Harvey and the Wallbangers on reuniting after 30 years.

Bafta-nominated Dev Patel discusses his role in the film Lion, based on the autobiography of Indian-born Australian businessman Saroo Brierly who - after being separated from his birth mother and adopted by an Australian couple - goes on a quest 25 years later to find her.

Tina and Bobby, a new 3-part ITV drama series based on the life of the football legend Bobby Moore, focuses on his marriage to Tina Dean and their relationship from the early 1960s to their divorce in the 1980s. Sportswriter Alyson Rudd reviews the drama, which features Lorne MacFadyen as Bobby and Michelle Keegan as Tina.

The successful 1980s jazz vocal harmony group Harvey and the Wallbangers have reunited after a 30-year hiatus. Three of the original line-up plus two new female singers will be touring some of their early repertoire as well as new material. Founder Harvey Brough and new Wallbanger Clara Sanabras discuss the draw of doo-wop.

Common Sense on TV, Bafta nominations, Mozart at 11, Is there a Northern Aesthetic?

Harvey and the Wallbangers