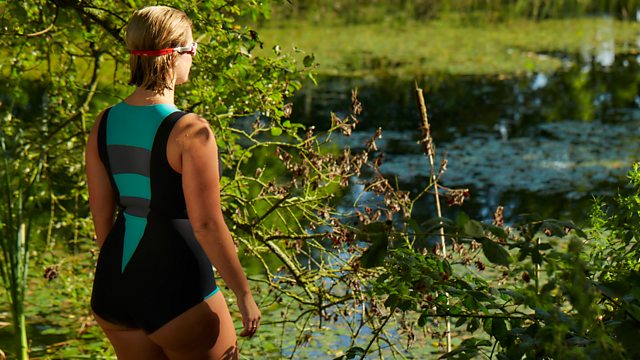 Alexandra Heminsley on her book Leap In and how swimming changed her. The latest plan to boost the number of women in parliament. Ray BLK performs. Can you learn optimism?

Alexandra Heminsley, author of Run Like A Girl, has written a new book Leap In about becoming a swimmer. She shares her experiences and gives advice about what diving in can do for your mind and your body.

A new report by the Women and Equalities Committee is calling on political parties to publicly set out their plans to increase the number of women parliamentary candidates by 2020, currently only thirty per cent of MPs are women. It is also calling for the government to set a target of 45% representation of women in parliament and local government by 2030. To discuss whether the targets go far enough Jane is joined by Sarah Childs, Professor of Politics and Gender at Bristol University and the Conservative MP Flick Drummond who is a member of the Committee.

In the next of our 'Learn good habits' series, Optimism. Encouraging tips on how to be optimistic can be found in psychology, business, politics and the family. But what are we learning and why? Jane is joined by Dr Anneli Jefferson, Researcher in the Department of Philosophy at Birmingham University and Oliver Bennett, Emeritus Professor of Cultural Policy at Warwick University.

The winner of BBC Music Sound of 2017 is Ray BLK. Past winners include Adele, Jessie J, and Ellie Goulding. Ray BLK a 23 year old female singer of, "Soulful RnB vibes and real rhymes" from Catford, who has won the prize despite being an unsigned artist. She joined us to talk about how growing up in a deprived part of London inspired her music and a determination to work hard.

And, from the Woman's Hour archive, voices from 1966 talking about the impact on individuals and families of alcoholism.