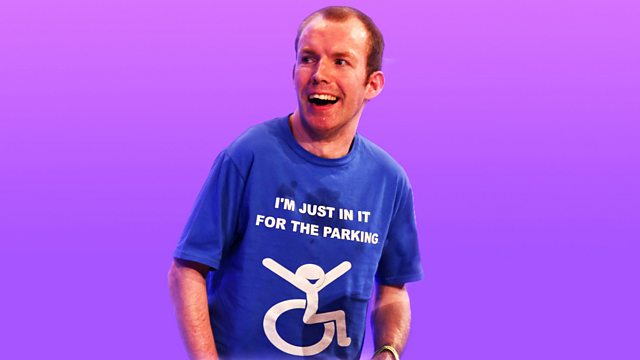 Sitcom starring Lost Voice Guy (Lee Ridley). What happens when someone with cerebral palsy moves out from his parent's home and into his best friend's flat?

Lost Voice Guy (real name Lee Ridley) won the BBC Radio Stand-Up Comedy Award in 2014. He is a funny guy. He also has cerebral palsy and can only speak via a computer. Ability uses Lee's experiences of coping with this disability and weaves them into a sitcom. It is based around Matt, who is leaving home for the first time to move in with Jess, his best friend from school. Matt's parents are worried, particularly his dad - they have always done everything for him. But Matt is determined even though his new carer, Bob, is not all he should be. Bob is new to the role, and although willing, he somehow manages to spend more time dealing weed and flogging knocked off TVs than cooking Matt's tea. But he treats Matt like an equal, and not all his previous carers have done that, and so the two form a bond. A bond that could lead Matt into an awful lot of trouble. Especially as Matt has never been above exploiting his circumstances if the situation arises - he's always known he could get away with murder (although he's never actually tried that of course.) But who would suspect the disabled guy? Could Matt and Bob become the new Del boy and Rodney? And if so, which is which?

Allan Mustafa plays Bob, Matt's carer. Best know for People Just Do Nothing, which he also co-created, Allan has never actually acted in anyone else's work. But he read this script and immediately got it. He loved the dark comedy and is indeed, the perfect Bob.

The sitcom is co-written by Sony nominated Katherine Jakeways and produced and directed by Jane Berthoud. Jane Berthoud says: "Katherine has brought her great expertise as a writer to this project, and always been careful to make sure Lee's voice in it was clear. Together they make a great team and have turned out an excellent script - funny, fast moving and even a touch poignant at times. Allan Mustafa is the perfect Bob, the rest of the cast were also brilliant and I can see a great future for these characters."

Lee says:"I'm really pleased with how Ability has turned out. I've had the idea behind this sitcom in my head for a few years now, so to finally get the chance to make it is an amazing feeling. Ever since winning the BBC New Comedy Award, the BBC have been very supportive and I'm lucky to have had the opportunity to work with some great people while writing this. It has been wonderful to hear my ideas come alive. Allan Mustafa is exactly how I imagined Bob to be.".

See all episodes from Ability 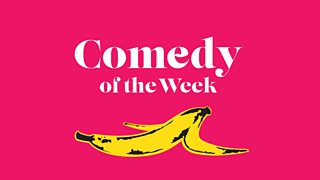