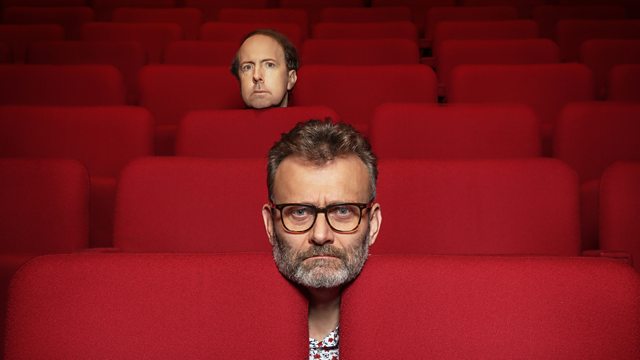 The Now Show does Shakespeare!

Steve Punt and Hugh Dennis present their unique take on Shakespeare's comedy, Twelfth Night. One of them has been able to put his degree in English literature to good use in adapting the play. The other has a degree in Geography.

As they've been busy with the Now Show, Punt and Dennis haven't had much time to adapt the play so are presenting it in a totally unique way to the Radio 4 listener through the use of 'archive' extracts from stage, television and radio productions of the play alongside commentary from theatrical and academic experts and some of the greatest Shakespearean actors.

We'll hear a BBC Schools production of the play in which a famous soap actress plays the role of Olivia's maid; a 1994 production where the role of Feste was played by Billy Connolly; an excerpt from the 2002 off-Broadway urban musical version 'The Chick Wears Pants', and the 1948 film noir movie version.

Punt and Dennis will guide us through the play with historical notes and explanations, and they may even get a bit of geography in!

The Now Show at the Fringe