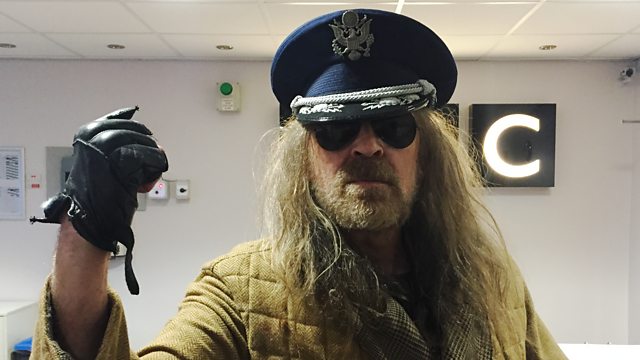 Mark Radcliffe and Stuart Maconie are joined by singer-songwriter Julian Cope. Julian is (deep breath): a rock musician, author, antiquarian, musicologist, poet and cultural commentator, amongst other things. Well-known for since 1978 as the singer and songwriter of Liverpool post-punk band The Teardrop Explodes, he has followed a solo career since 1983 - his 1986 single World Shut Your Mouth became a top 20 hit - and worked on musical side projects (collaborations and esoteric projects have seen him working with drone metal band Sunn O)))) - alongside his long-standing band, the pro-metal power trio, Brain Donor. He also writes on Neolithic culture, publishing The Modern Antiquarian in 1998, and an outspoken political and cultural activist with a noted and public interest in occultism and paganism. He's has written two volumes of autobiography, and much-lauded books on krautrock and Japanese rock PLUS a novel! He's here to talk to Mark and Stuart about his new tour.

PLUS! If YOU'VE ever fancied being on the radio - why not try and suggest the next link in the Chain? Or have a go at guessing the link in Teatime Themetime. GO ON, DO IT NOW.