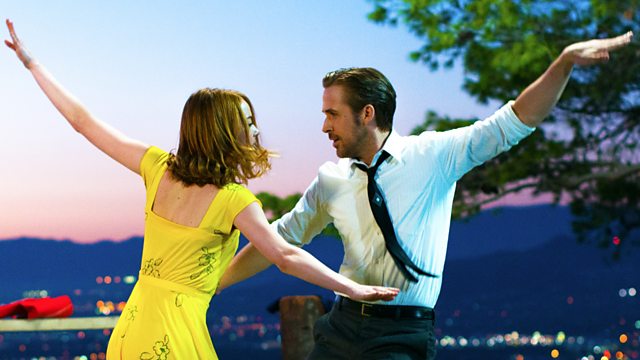 Writer and director Damien Chazelle on the Hollywood musical La La Land, hotly tipped as the frontrunner for Best Picture at this year's Academy Awards, and only his second feature film.

Since the death of Carrie Fisher and - just a day later - her mother Debbie Reynolds, a documentary charting their complex relationship called Bright Lights has inadvertently become a touching memorial to the two actresses. Tim Robey reviews.

A new BBC film examining the last five years of David Bowie's life is to be screened on BBC2 on Saturday, marking the first anniversary of the singer's death and featuring unseen footage. John talks to director Francis Whately.

The winner of the 2016 Costa Biography Award is Dadland by Keggie Carew, which charts her father's activities as an SOE operative behind enemy lines at the D-Day landings and his descent into dementia later in life.

La La Land is in cinemas from January 13th, certificate 12A.

Bright Lights premieres in the UK on Sky Atlantic, January 10th at 9pm.

Dadland: A Journey into Uncharted Territory by Keggie Carew is the winner of the 2016 Costa Biography Award.