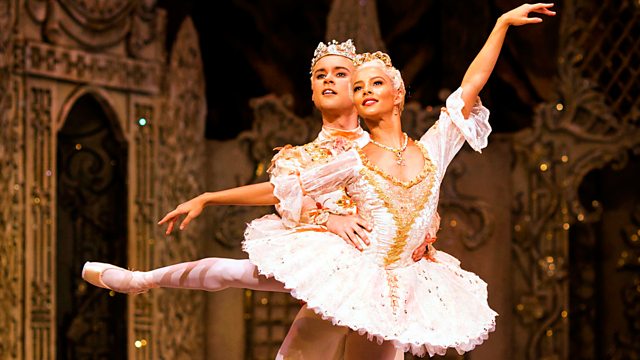 Dancing the Nutcracker - Inside the Royal Ballet

The Royal Ballet gives full access behind the scenes for a landmark documentary as they prepare for this season's yuletide production of The Nutcracker.

This Christmas, step into the magical world of The Nutcracker. For the first time in many years, the Royal Ballet has given full access behind the scenes for a landmark 90-minute documentary as they prepare for this season's yuletide production.

This year's Nutcracker marks the debut of one of Britain's brightest young stars, Francesca Hayward, in one of the most famous roles in ballet (and every little girl's dream) - the Sugar Plum Fairy. Stepping into the shoes of the greatest dancers ever to grace the stage - from Darcey Bussell to Margot Fonteyn - we follow her as she prepares to dance the role that made her want to be a ballerina when she was just three years old.

The production also sees the debut of numerous young dancers across the company, from its youngest stars at the Royal Ballet School playing the roles of party children and battling mice to the final year students dancing as snowflakes on the journey to the Land of the Sweets.

With unprecedented access to the creative departments, from set designers to tutu makers, and including beautiful performance sequences, this film takes the viewer directly into the Royal Ballet during the busiest and most magical time of the year. In so doing, it reveals not just the talent of the dancers, but also the extraordinary team behind the scenes that makes The Nutcracker one of the world's most spectacular ballets.