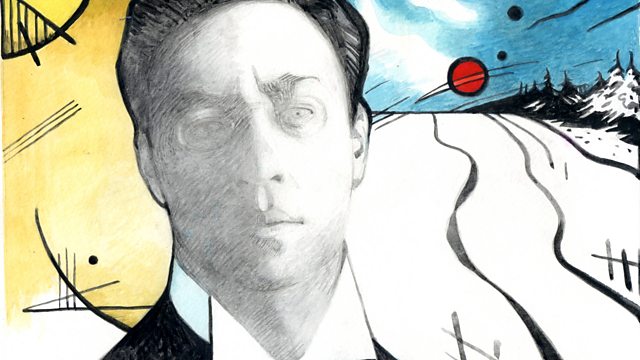 Kandinsky - A Story of Revolution

Russian painter Wassily Kandinsky was a pioneer of abstract painting and one of the most influential figures in modern art. Born in Moscow 150 years ago, Kandinsky's life and art was heavily informed by the 1917 Russian Revolution and the chaos and social upheaval across Europe during the early 20th century. Part of Radio 3's Breaking Free 2017 season, exploring the cultural impact of revolutionary change.

In this programme, Christian Weikop, Chancellor's Fellow in History of Art at the University of Edinburgh, examines Kandinsky's Russian roots. In Moscow we visit Lomonosov State University, where artists were preparing an exhibition to celebrate Kandinsky's 150th anniversary in December. The exhibition's curator, Dr Sergey Dzikevitch, also takes us inside the apartment block in central Moscow where Kandinsky lived and worked.

We meet Elena Preis - Kandinsky's grandniece and a celebrated artist in her own right - and her grandniece Alexandra. Kandinsky's sense of Russianness was deeply important to him - his break with traditional realistic painting, in favour of a radical new style, was influenced by his attachment to Russian peasant art, iconography, and woodcuts. Moreover, the colours and architecture of Moscow left an indelible imprint on his psyche - wherever he was, Kandinsky dreamed of painting the city's sunsets and gilded onion domes.

After establishing himself in the early 1900s as a leader of experimental art in Munich, Kandinsky was forced to flee Germany at the outbreak of the First World War. He returned to a Russia on the brink of revolution, later writing that he watched the October 1917 uprising from his Moscow studio window. Initially, Kandinsky was instrumental in reorganising the arts, but left to teach at the famous Bauhaus art school in Weimar. He was forced to flee Germany again in 1933 when the school was shut down by the Nazis. Kandinsky died in Paris in 1944. 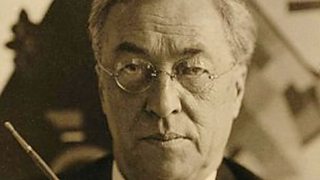