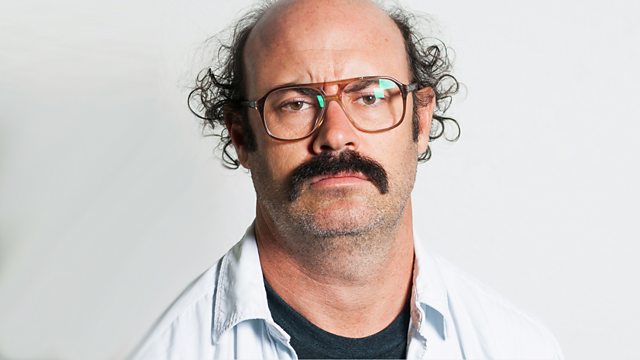 Sam Simmons is Not a People Person
Episode 1 of 4

4 Extra Debut. Hunting down a fiddle warbler in Toronto. Sam and Henry are trying to make a bird show – but there’s distractions. From 2016.

Sam and Henry are making a series about birds, and armed with Sam's 'Big Book of Birds' they're looking out for a different species in each episode.

Sadly, and despite Henry's very best efforts, Sam keeps being distracted by the people they run into. Each encounter sparks an investigation into Sam's past, because once they've sorted out his issues, then they'll really be able to focus on the bird-watching.

They're kicking off in Toronto, on the hunt for a fiddle warbler.

The unique talents of the multi-award winning Sam Simmons have landed.

“If you can imagine someone combining the rage of Basil Fawlty with the lunacy of Spike Milligan you are getting somewhere close to Simmons. Painfully frank, riotously inventive and a deserving award winner.” The Evening Standard (UK)

Written by and starring Sam Simmons

See all episodes from Sam Simmons is Not a People Person