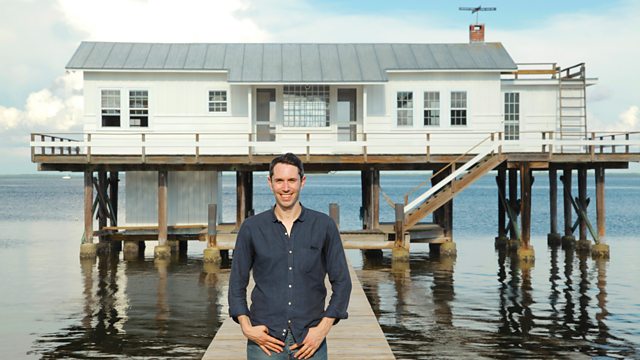 Alastair Sooke celebrates the American artist Robert Rauschenberg, who created a crucial bridge between the abstract expressionists of the 50s and the pop artists of the 60s.

Alastair Sooke celebrates the protean genius of one of America's most prolific and original artists, Robert Rauschenberg. Fearless and influential, he blazed a trail for artists in the second half of the 20th century, and yet his work is rarely seen here in the UK.

Rauschenberg was the first artist to win the Golden Lion at the Venice Biennale in 1964, creating a crucial bridge between the abstract expressionists of the 50s and the pop artists who emerged in the 60s.

Famous for his 'combines' that elevated the rich junk of life to the status of high art, he continued to work right up to his death in 2008, collaborating with dancers, scientists and social activists on a startlingly broad array of projects.

Alastair travels to the east coast of the USA to talk to those closest to Rauschenberg to reveal the boundless curiosity and restless experimentation that kept him engaged till the very end of his six-decade career.