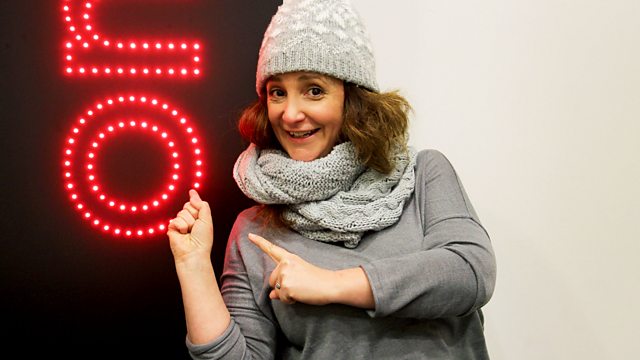 Comedian Lucy Porter joins Aasmah Mir and Kate Silverton to discuss why she originally wanted to follow in the footsteps of Kate Adie, the pleasures and perils of setting up a Mums and Babies comedy club and the influential women in the early days of Hollywood slapstick films.

Motivational writer and speaker Chris Barez-Brown will teach us how to switch off our inner auto pilots and become more creative in the New Year.

Pyrotechnician Jon Culverhouse explains the secrets behind putting on an award-winning firework display.

And Francesca Brown, who started out playing for Manchester City girls' team, but has since founded an all girls football academy, Goals4Girls.

Lucy Porter is taking part in the Bristol Slapstick Comedy festival from 18-22 Jan 2017.
Wake Up! By Chris Barez-Brown is out now.
Alanatomy, by Alan Carr is out now.