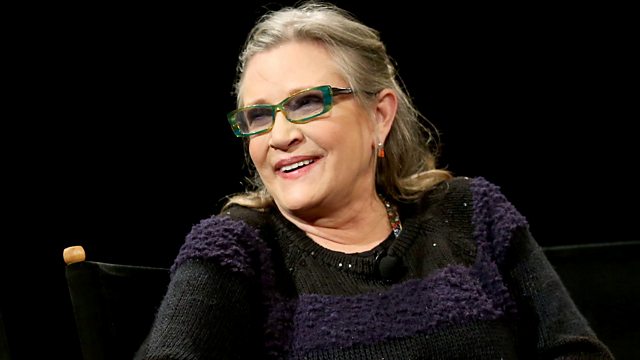 Carrie Fisher's legacy goes beyond her film and writing career. She spoke and wrote about her experience of mental illness with a new openness. We discuss what was so distinct about the way she spoke out, and we ask how much difference it makes when women with her profile are open about their mental health problems. Emily Reynolds, a journalist for whom she changed what it means to be a woman with bipolar, and Jo Loughran, the interim director of Time to Change discuss.

When Jo Cox decided that tackling the problem of loneliness would be a key priority in her role as an MP. She reached out across party lines to the Conservative MP Seema Kennedy. Together they devised a plan to launch a commission into loneliness, which would not just lead to politicians sitting around and talking about the issue, but instead represent a call to action. Seema Kennedy discusses carrying on the campaign after Jo's murder and her hopes to launch the commission in January with Cox's friend and Labour MP, Rachel Reeves.

Georgina Binnie, a student at Leeds University, has set up a project called 'Writing Back' which links older people in Yorkshire with students to become penpals.

Artist, Zarah Hussain, creates mathematically precise geometric patterns. Fascinated by pictures of mosques as a child, she spent years perfecting the techniques of Islamic Art. Now integrating technology into her practice, it all starts with a circle, a pair of compasses, paper, a pencil and a ruler.

Melanie Reynolds is the author of a new book which explores the false assumptions made about working class mothers in the late 19th century. Her research looks at the high infant mortality rate in northern industrial communities and aims to challenge the stereotypical ideas of ignorant, careless mothering and reveal new a picture of innovative child care practices.

Mothers and Daughters with Sophie Ellis-Bextor and Janet Ellis