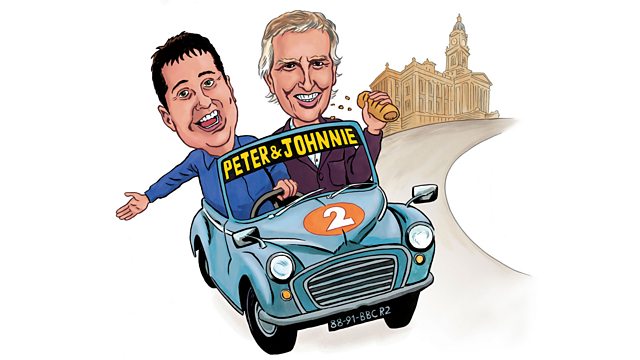 Johnnie Walker and Peter Kay recently recorded a special show, driving around Bolton whilst having a chat, a pasty and lots of laughs as they sang along to their favourite records.

Recently Peter Kay contacted Johnnie Walker directly, saying that he was a lifelong fan of his radio shows, which was lovely for Johnnie to hear as he is a huge fan of Peter and his many shows, performances, charitable works and achievements.

They got chatting over the phone about Johnnie's Sounds of the 70s show and music in general, and Johnnie came up with the idea of recording a special two hour show, driving around Bolton and Manchester, whilst having a chat, a pasty from Peter's favourite bakery and lots of laughs as they sang along to their favourite records on the car stereo system.

You can tell that Peter loves radio from the station Forever FM, which he created for his BBC series Car Share. As Peter tells Johnnie, music and the radio station were a big part of the show, becoming the third character.

Their playlist includes Gary US Bonds, The Beatles, Marvin Gaye, The Drifters, Mike & The Mechanics, Simon & Garfunkel and Van Morrison.