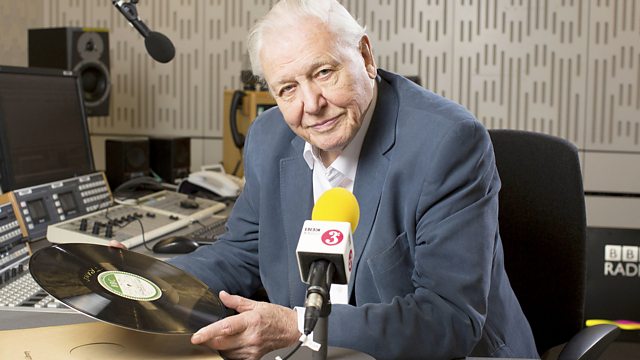 Broadcaster David Attenborough reveals his interest in collecting in music from around the world, telling the stories behind how he gathered it and introducing some of the music.

David Attenborough reveals a side of himself that nobody knows, as a collector of music from all over the world. We hear the stories that surround it, and the music itself.

One of David Attenborough's first projects was 'Alan Lomax - Song Hunter', a television series he produced in 1953-4. The famous collector of the blues and folk music of America gathered traditional musicians from all over Britain and Ireland and, for the first time, they appeared on television. David loved the music, the people and, inspired by Lomax, he became music collector himself.

From the start there was a connection between wildlife and folk culture broadcasting: BBC natural history staff shared an office, and equipment, with colleagues busy recording traditional songs, tunes and stories. Soon after 'Song Hunter' Attenborough began travelling the world for the series 'Zoo Quest'. This time the hunt was for animals, captured live for London Zoo. The series also looked at the culture of local people and if he came across music Attenborough recorded it. In Paraguay he met some amazing harp players and recorded what became the series' signature tune. This started a craze. Remember Los Trios Paraguayos?

Wherever he went to make programmes David Attenborough recorded musicians. When the lads carrying the crew's baggage in New Guinea started singing, he taped them. He recorded songs in Borneo longhouses, drumming in Sierra Leone, gamelan music in Java, Aboriginal didgeridoo players and palace music in Tonga.

Attenborough gave the music to the BBC and it has sat, unheard, in the Sound Library ever since. Now he listens again to recordings he made half a century ago. He reveals the memories and stories they evoke, and his delight in the music.