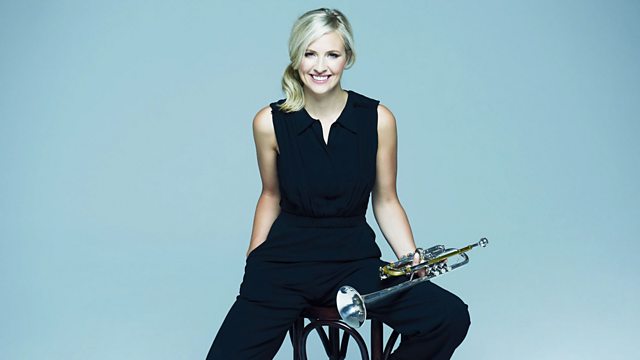 On her latest album Jubilo, Alison Balsom plays two incarnations of the trumpet: the natural trumpet - ascendant during the Baroque period of the 17th and 18th centuries - and the 19th century creation that is the modern trumpet. She discusses the appeal of both instruments and what they've brought to the album.

Screenwriter Sally Wainwright made her name with award-winning contemporary dramas such as Happy Valley and Last Tango in Halifax. She's now written and directed her first period TV drama, To Walk Invisible, an exploration of the lives of the Brontës during the tumultuous years when the four siblings - Charlotte, Branwell, Emily, and Anne - were at home with their father Patrick. Critic and historian Kathryn Hughes reviews.

The big show for Christmas at the National Theatre this year is Peter Pan which features a lot of aerial action. Front Row goes behind-the-scenes to find out how the flying is done.

Peter Pan is on at the National Theatre until 4 February

Bitten By Witch Fever: Wallpaper & Arsenic in the Victorian Home - by Lucinda Hawksley

The Long, Long Life of Trees - by Fiona Stafford