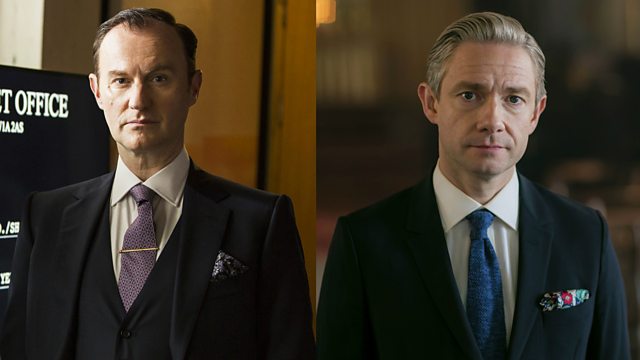 The last installment of the hit television drama Sherlock - The Abominable Bride - was broadcast on New Year's Day 2016 and went on to become the most watched programme across all channels over the festive season, with 11.6 million viewers. With a fourth series starting on New Year's Day 2017, Martin Freeman who plays Watson, and Sherlock co-creator Mark Gatiss discuss maintaining the drama's appeal with John Wilson.

What's the best album from 2016? We have three selections from across the world of music chosen by Sara Mohr-Pietsch, Kate Mossman and Kieran Yates.

Robin Shaw and Joanna Harrison are the co-directors of a new animated film based on Michael Rosen and Helen Oxenbury's hugely successful illustrated children's book, We're Going on a Bear Hunt. Shaw and Harrison discuss the challenges of bringing a children's classic to life on screen.

From the quay Michael Bird describes the Christmas lights in the harbour at Mousehole and considers this popular and poignant work of vernacular art.

Image to the left: John Wilson with Martin Freeman and Mark Gatiss

We're Going on a Bear Hunt

Image: a still from We're Going on a Bear Hunt

Image: Some of Mousehole Harbour lights 2016