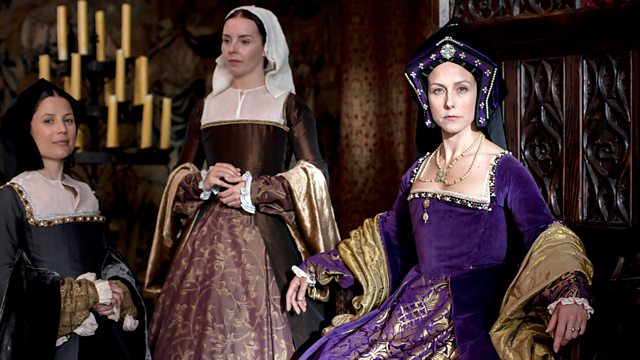 Documentary series featuring dramatic reconstruction in which Lucy Worsley delves into the personal lives of Henry VIII's wives, beginning with Catherine of Aragon and Anne Boleyn.

Documentary series featuring dramatic reconstruction in which Lucy Worsley revisits key events in the lives of Henry VIII's six wives, revealing how each attempted to exert influence on the king and the Tudor court. Lucy delves into records of private moments and personal feelings in the women's lives that ended up shaping the course of history.

This episode follows the emotional and physical struggles of Catherine of Aragon as she strove to give Henry the male heir he so desired. As Henry's eye wandered over the women at court, Anne Boleyn, not wishing to be cast aside as her sister Mary had been, repeatedly rejected the king's advances and insisted on marriage.

Henry set about trying to arrange an annulment, but Catherine was defiant and passionately defended her position.

See all episodes from Six Wives with Lucy Worsley