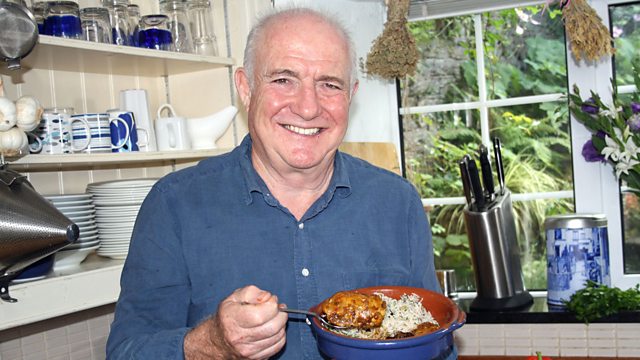 Rick's series of culinary city breaks continues with a trip to the north eastern Greek city of Thessaloniki. Rick arrives just in time for the peach harvest.

Rick's series of culinary city breaks continues with a trip to the north eastern Greek city of Thessaloniki nestling on the northern shores of the Aegean Sea. The city is revered as the gourmet capital of Greece and birthplace to possibly the greatest warrior general that ever lived, Alexander.

Rick explores a city of many identities, a time warp of Roman, Byzantine and Ottoman structures surprisingly teeming with a very young student population hungry for dishes that reflect the freshest of seafood, vibrant mezzes flavoured with cinnamon, paprika and saffron and sweet syrupy pastries. A true blend of west meeting east. Rick arrives just in time for harvesting peaches on land and mussels out at sea.

At home he cooks veal and aubergine stew after meeting the doyenne of Greek cooking Vefa Alexiadou.

See all recipes from Thessaloniki

See all clips from Thessaloniki (2)

Get an extra helping of Rick's discoveries with web exclusive clips 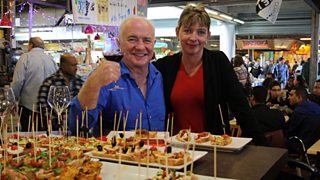 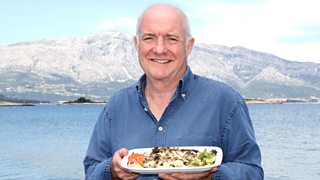 Indulge in plenty more exotic recipes from Rick's travels around the world.