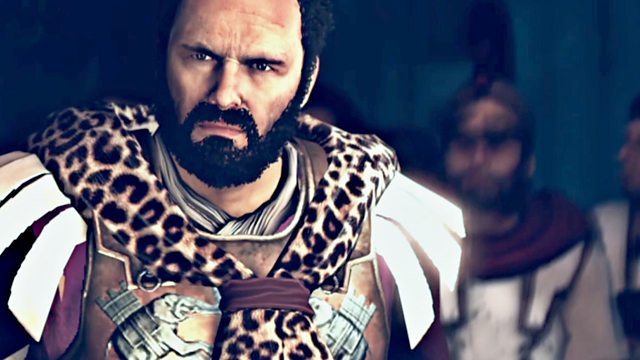 Teams fight each other in virtual reruns of the world's greatest battles. A team of wrestlers try to rewrite history by keeping the Roman general Scipio from taking Carthage.

Hosted by Gregg Wallace, a show in which ordinary members of the public go toe to toe with the greatest generals, as they refight some of the most significant battles from history in an innovative mix of genuine history and game show competition.

It's 202 BCE and Rome has had enough of the upstart Carthaginian, Hannibal. Desperate to end his 16-year campaign of war against the Republic, one of its greatest ever generals, Scipio, is charged with freeing Italy of this menace. Scipio elects to fight Hannibal in his homeland - forcing him to return to Africa to protect the city of Carthage itself. This time, a team of wrestlers will attempt to rewrite history by defeating Scipio and keeping him from taking Carthage. As Hannibal and his Carthaginians, they'll be defending their home town. Up against them, a team of historical board game enthusiasts taking on the role of Romans in a fight that will set the course of European history for centuries to come.

See all episodes from Time Commanders