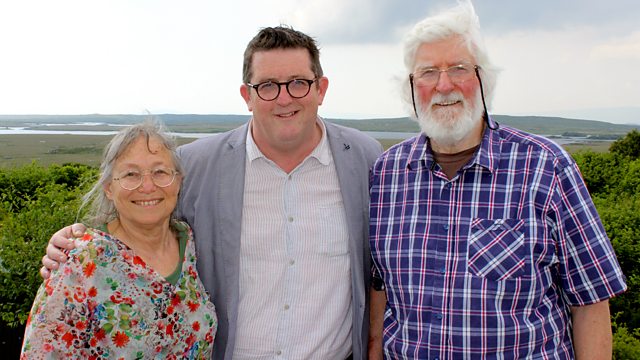 Documentary. John Toal meets former death row inmates Sunny Jacobs and Peter Pringle at the retreat they have set up in rural Ireland for victims of wrongful conviction.

John Toal meets former death-row inmates Sunny Jacobs and Peter Pringle at the retreat they have set up in rural Ireland to offer restorative treatment to other victims of wrongful conviction in order to help them back to a normal life.

Peter Pringle was sentenced to be hanged in Ireland in 1980. Sonia 'Sunny' Jacobs was sentenced to the electric chair in the United States in 1976. Sunny was accused of killing two police officers at a highway service area in Florida. Peter was accused of killing two police officers in rural Ireland during a botched bank robbery. Both had their sentences commuted to life and were later exonerated of their crimes. Peter and Sunny spent over 15 years each in prison for crimes they didn't commit.

After their release, life in the outside world was tough. They struggled to re-integrate into society. Practical things like crossing roads, opening doors or even being touched joined a long list of everyday challenges. Neither could escape the feeling that they had re-joined a society that had moved on without them.

In 1998 Peter heard Sunny give a talk about her death-row experience. Traumatised by her story and shocked by how similar their experiences were, Peter offered to drive Sunny to her next speaking engagement and their relationship grew from there.

Now married, Peter and Sunny run the Sunny Centre in rural Connemara, a retreat for people from around the world who have been wrongfully convicted and who are trying to retrace a path back into normal life.

For this programme, John Toal travels to the depths of the Irish countryside to hear Sunny and Peter's story. He hears how a combination of yoga, meditation, healthy food and the freedom to share their experiences with people who have been through similar trauma can assist those exonerated of dreadful crimes on their path back to normality ...and whether or not an exoneree can ever truly feel free again.