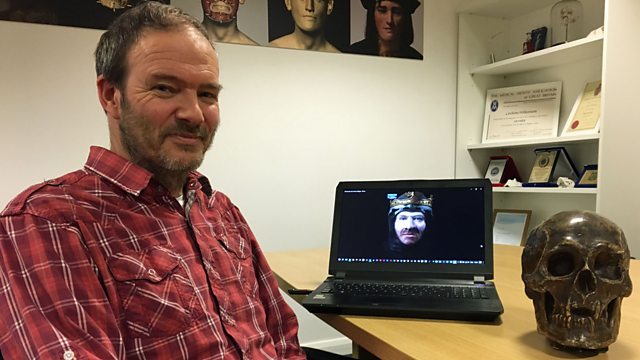 For the first time in almost 700 years Scots will be able to look into the face of Robert the Bruce, the warrior King who won Scotland's independence at the battle of Bannockburn in 1314.

Bruce has been depicted for centuries in paintings, sculptures and films - without anybody actually knowing what he looked like. The quest to reveal his face was launched by Dr Martin MacGregor, a historian at Glasgow University. Martin has been obsessed with Bruce for decades and was inspired by Caroline Wilkinson's work on other historical figures, including Richard III and Mary Queen of Scots.

See all clips from Ceann an Righ/The King's Head (3)