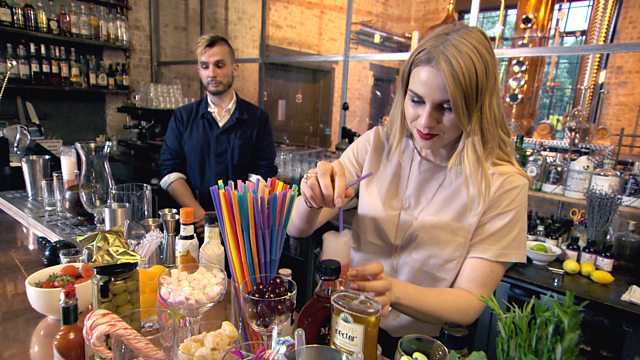 Lord Sugar summons the remaining candidates to Greenwich, where he sets them the task of creating and producing the spirit of the moment - gin.

As the teams move into week 10, the remaining candidates are summoned to the Old Royal Naval College in Greenwich. Here Lord Sugar sets them the task of creating and producing the spirit of the moment - gin.

With the final in sight, the candidates are all desperate to impress and they battle for the last chance to be project manager. Once the teams decide, half head off to their distilleries to dream up their spirit and matching cocktail, while the rest brainstorm names for their brand and design an eye-catching bottle.

The next morning, the teams get their hands on their final product. One team gets a little carried away with the taste testing, getting tipsy before the day has even begun. The hangover seems to hit during the pitch, as any hint of personality dries up.

On the other team, their pitches hit rock bottom when a key retailer reveals they don't like the colour, taste or branding of the gin. One candidate is left with a bitter taste in their mouth when the rest of the team turns against them, and tempers reach boiling point.

In the boardroom, the candidates are left shaken and stirred by a stern Lord Sugar, as he decides who has reached the last chance saloon, uttering the final words: 'you're fired.'.