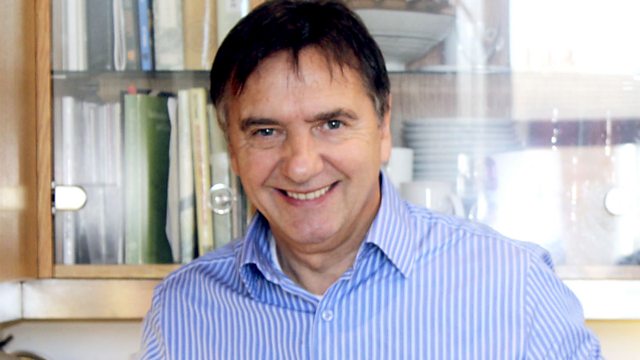 Raymond Blanc grew up in a self sufficient household in France, and after a few false starts in other professions, became a self taught Michelin star winning chef, and restaurant entrepreneur.

Kassia St Clair loves colour. After studying historical dress she wanted to understand the colours referred to. Her interest led to a column in Elle Decoration and finally a book. She joins us to talk about The Secret Lives of Colour.

Saturday Live listener Mark Sutton Vane was obsessed with torches as a child. He later developed this into a career in lighting, and his dream came true when he lit the Olympic Park in Stratford in 2012.

Kat Francois is a performance poet and playwright who latest work was inspired by finding out on a trip to her parents homeland of Grenada that she had a relative who fought in WWI. She'll join us to talk of Poetry Slams and inspiring stories.

We'll have your thank yous and the Inheritance Tracks of Maureen Lipman. She chooses When you wish upon a star performed by Barbara Cook and Frank Mills from the musical Hair.

Raymond Blanc's book is Le Manoir aux Quat'Saisons, The story of a modern classic
The Secret Lives of Colour is by Kassia St Clair
The next Word4Word run by Kat Francois, will be on 18th December, at 7pm at Theatre Royal Stratford and her play Raising Lazarus will tour in 2017.
Ricky Gervais' DVD is David Brent: Life On The Road
Maureen Lipman is in Sleeping Beauty at Richmond theatre.

Presents and Guests in the studio - 17th December 2016