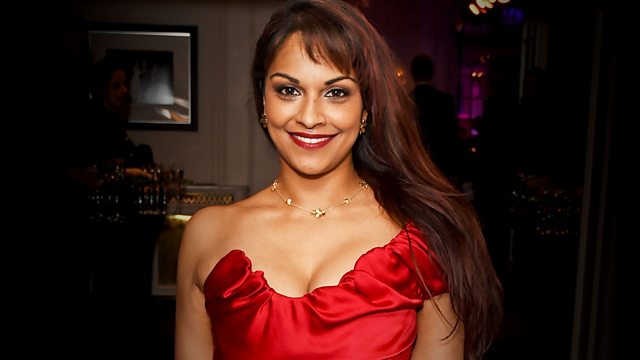 Theresa May's trousers have been in the headlines for almost two weeks. There is discussion on whether it is ever acceptable to comment on what a woman wears.

Theresa May's leather trousers have been in the headlines for almost two weeks. Was Virginia Woolf right when she said that clothes 'change our view of the world and the world's view of us'. We discuss whether it is ever OK to comment on what a woman wears.

Karen Guthrie's film The Closer We Get is about caring for her mother in her last years after a stroke. Karen Guthrie talks about why she made it and how the film is being used to help carers and train care assistants.

Danielle de Niese has been described as 'Opera's coolest soprano'. In one recent project she takes part in a behind-the scenes documentary of the opera The Barber of Seville in which she starred at Glyndebourne this year.

The number of people flat sharing well in their forties has risen dramatically with figures showing a surge in middle-aged renters priced out of the property market. Anna Bailey is a flat sharer in her forties and we asked her to talk to her own flatmate, Jackie, and others like about the experience of shared housing when you're well past student age.

Late diagnosis and misdiagnosis of women and girls with Asperger Syndrome has been receiving more publicity in recent years but the data is scattered and limited resources mean that some women don't get the support they need. Jane, a Woman's Hour listener, got in touch and is joined by Dr Judith Gould, an expert in autism spectrum disorder.

'Muslims Like Us'; Italian Women and the Calabrian Mafia;

Support and information for carers

Information about The Closer We Get by Karen Guthrie