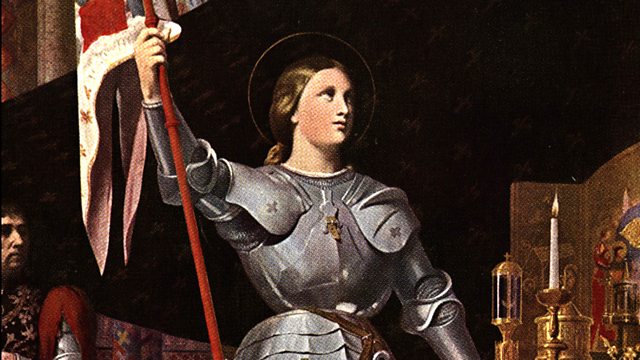 Colin Grant, author of a book about his brother's epilepsy, joins Matthew Sweet, New Generation Thinker Clare Walker Gore and Charles Fernyhough. Plus a new Joan of Arc on stage.

St Joan by George Bernard Shaw starring Gemma Arterton is at the Donmar Warehouse in London from December 9th - January 18th. It will be broadcast
live in cinemas in partnership with National Theatre Live on Thursday 16 February 2017
Charles Fernyhough is a Professor of Psychology at Durham University who has published The Voices Within: The history and science of how we talk to ourselves.
Colin Grant's book exploring epilepsy is called A Smell of Burning.
Clare Walker Gore is a New Generation Thinker researching Victorian literature at the University of Cambridge. New Generation Thinker is a scheme run by BBC Radio 3 and the Arts and Humanities Research Council to find people who can turn research into radio programmes.

Rauschenberg - Performance, Identity and the Writings of Erving Goffman