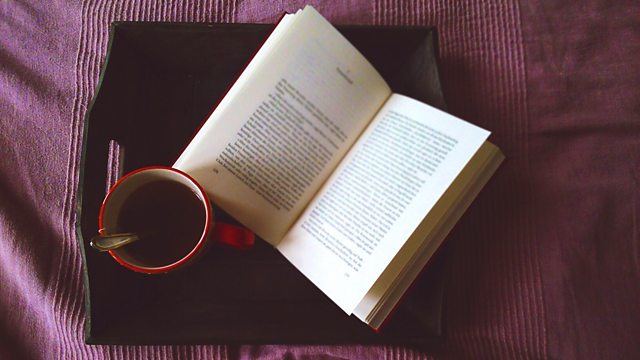 Book at Bedtime My Purple Scented Novel
Episode 1 of 2

A short story by Ian McEwan and told in two episodes. Roger Allam reads the tale of two writers - one of whom commits literary theft.

My Purple Scented Novel is writer Ian McEwan's tale of literary theft first published earlier this year. It's read here in two episodes by Roger Allam as part of a Book at Bedtime celebration of McEwan's recent work (following on from a radio adaptation of his latest novel Nutshell read by Tim McInnerny). Episode One.

Ian McEwan was commissioned to write a piece for an art exhibit at the Fondazione Prada in Milan entitled 'The Stolen Image,' and was asked to address the subject of 'unrepentant or guiltless theft.' He decided to write about the betrayal of one fictional author, Jocelyn Tarbert, by another, Parker Sparrow, who is also an old friend. Both writers enjoy moderate success until Jocelyn Tarbert moves into television and earns himself the title of 'national treasure'. Sparrow who is jealous of Jocelyn's Tarbert's elevated public status, has no qualms about 'appropriating' the work of Tarbert and presenting it as his own.

'His rise coincided with..my decline. Then his descent was my earthly triumph... I stole a life, and I don't intend to give it back.'

In the form of a confession by Parker Sparrow, McEwan records the crime as it unfolds and casts a wry look at the jealousies and insecurities that run close to the surface of the literary world. How far would someone go in the pursuit of success? Is Jocelyn Tarbert actually relieved to relinquish his role of National Treasure to Parker Sparrow and sink back into obscurity?

Ian McEwan is a critically acclaimed author of short stories and novels for adults. His novels include The Child in Time (1987 Whitbread Novel of the Year), The Cement Garden, Enduring Love, Amsterdam (winner of 1998 Booker Prize), Atonement, Saturday, On Chesil Beach, Solar, Sweet Tooth and The Children Act.

Roger Allam is an award winning actor with numerous stage, screen and radio credits. He is well-known to Radio 4 listeners as Douglas Richardson in Cabin Pressure, famously played Inspector Javert in the original London production of Les Miserables and has recently starred in BBC TV's The Missing.