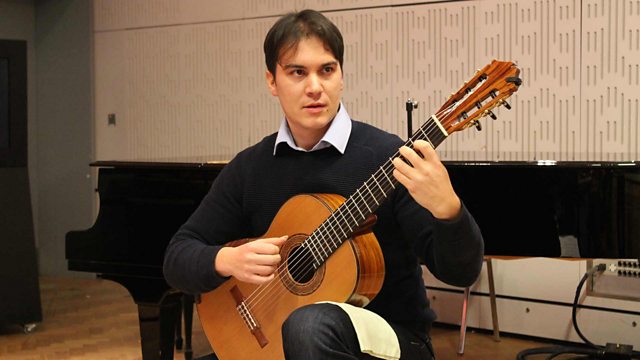 Sean Rafferty's guests include composer George Fenton ahead of a concert featuring his music, including the soundtrack to the screen adaptation of Alan Bennett's The Lady in the Van. Soprano Carolyn Sampson performs live in the studio with accompanist Joseph Middleton, plus BBC Classical Introducing artist Jon Gjylaci.

5.30pm Power of Three - another chance to hear the next installment in a 70-part daily series of pioneering sounds from the BBC Third Programme and Radio 3 archives presented by David Hendy.

Radio 3's 70th season, celebrating seven decades of pioneering music and culture since the founding of the Third Programme.