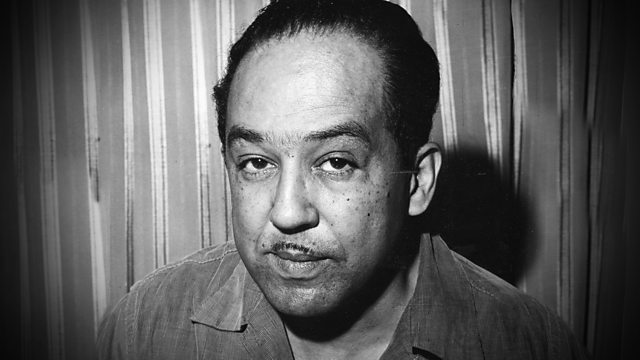 David Hendy presents a feature exploring how an unlikely friendship led to the epic 1964 radio series The Negro in America presented by the great Harlem poet, Langston Hughes.

In 1964 - a presidential election year in the United States - the Third Programme broadcast an epic series about African-American life called 'The Negro in America'. In a coup for the BBC, it was co-produced by the great poet of the 1920s Harlem Renaissance, Langston Hughes. His series brought to the airwaves a range of sounds and voices of the Civil Rights struggle, of jazz music and black literature: sounds and voices that had rarely been heard in Britain. 'The Negro in America' is also the tale of an unlikely relationship.

'The BBC,' Hughes said, 'I love it!'. But behind this affection for an institution lies a close friendship between the American poet and his British co-producer, Geoffrey Bridson. The media historian Professor David Hendy has spent many years studying the original series and how the two men came to make it together. Now, he pieces together, for the first time, the story of 'Langston Hughes at the Third'.

Much has changed in America since 1964, but it is surprising how much of the discourse from the original series remains relevant today.