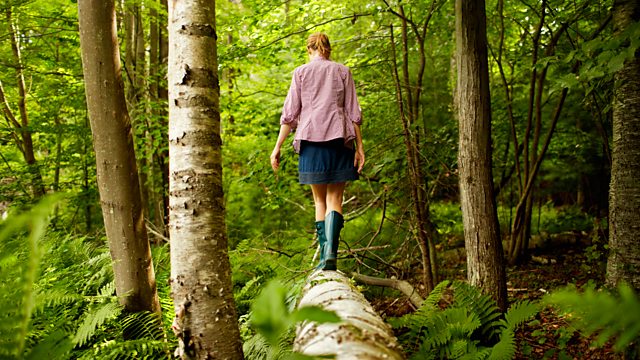 Texts and music on the theme of women walking alone, with readers Nina Sosanya and Natalie Simpson. With Austen, Woolf and Emily Bronte, plus Fanny Mendelssohn and Chaminade.

Musings on women walking alone - the impropriety of such in earlier centuries and rebels who strode out unchaperoned, those walking alone in life, the female 'flaneuse' and women adventurers. Nina Sosanya and Natalie Simpson read texts by Jane Austen, Emily Bronte, George Sand, Virginia Woolf, Ondjaki, and Robyn Davidson. With music by Fanny Mendelssohn, Debussy, Chopin, Cecile Chaminade, and Augusta Holmes, among others.

A String of Pearls

The female observer of city life; the girl wandering in the countryside; the woman adventuring on her own: these are modern concepts.  In centuries past, to be a woman walking alone would have caused more than a few raised eyebrows!  I want to explore instances of women walking alone either literally or figuratively, examine perceptions of their behaviour, and hear from these women in poetry and prose.

The programme opens with a familiar warning given to children, especially to girls, followed by a modern tale of inquisitiveness and self-discovery by Carol Ann Duffy.

Next I’ve explored the censure the unchaperoned lady received in polite society both from men and other women, and the sexual connotations of a woman walking the streets.  Following this are poignant texts from Emily and Charlotte Bronte, well known for wandering on the moors in contravention of society’s expectations.  Their experiences in nature bring a vibrancy and immediacy to their expressions of homesickness and loss.

Staying with the theme of loss, we follow two women whose circumstances direct them onto a singular path in life.  The short story excerpt by the Angolan writer Ondjaki is especially raw.

Georges Sand had to enter somewhere.  Frustrated by the constraints on her sex, she describes in her autobiography how she found the solution – to stride out on the streets of Paris disguised as a man.  Virginia Woolf also loved walking the city streets -  wandering around London's parks for reflection and inspiration. In her novel Mrs Dalloway she brilliantly depicts how the mind wanders from one topic to another, as Clarissa Dalloway sets out across London.  Two other city flaneuse appear: one a village woman in the big smoke, the other a New Yorker living abroad.

Elizabeth Austen’s poem neatly describes the double standards women encounter when walking alone today, while Robyn Davidson in her memoir on crossing the Australian desert with camels is almost matter-of-fact about her extraordinary journey.

The musical choices reflect my personal reaction to the texts I have chosen.