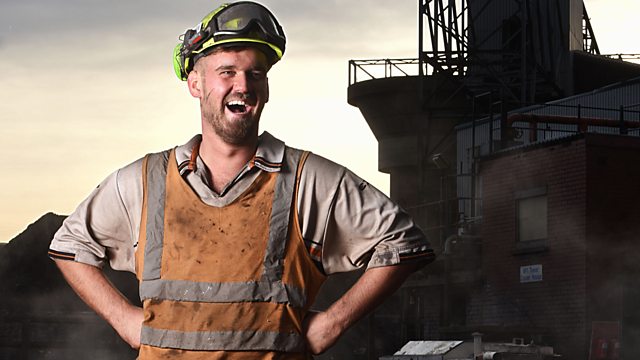 The Last Miners
Episode 1 of 2

Documentary following the workers at the last deep coal mine in Britain. As preparations are made to close the mine for good, mechanical breakdowns put the team behind schedule.

Documentary following the workers at Kellingley Colliery in North Yorkshire, the last deep coal mine in Britain, as it prepares to close. The programme joins workers on their commute to work - dropping over 800 metres below ground before taking a workmen's train for four miles to the coalface. As temperatures rise to 33 degrees, it is a hostile and dangerous environment to work in, but their black humour is never far from the surface.

A number of mechanical breakdowns put them behind schedule, which is a worry for the last members of the management team working above ground on bringing the closure in on target. Just when everything looks like it is back on track, an unexpected incident causes alarm for everyone.

See all episodes from The Last Miners