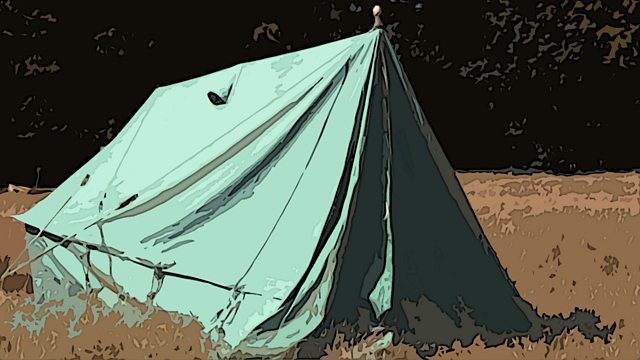 The Tarpaulin - A Biography

Documentary. Historian Dina Gusejnova tells the story of tarpaulin from 17th-century mariners to today's refugee camps and those living on the periphery of society.

Historian Dina Gusejnova tells the story of tarpaulin from 17th century mariners to today's refugee camps and those living on the periphery of society. In the process, Dina shines a light on statelessness, protest, heroism and transgression.

The tarpaulin is a fabric of conflict. Reinvented over its five hundred years of history, the material now has an important role in providing shelter to the millions of people who fall between the cracks of international geopolitics following periods of violence or natural disaster.

Dina hears stories of the internment in WW1 and then in WW2 on the Isle of Man where one internee, sociologist Norbert Elias, founded an impromptu university. A German Jew living in Britain, he - like many thousands of others - was classified as a civilian of 'enemy nationality' and a threat in wartime. Many internees were artists, writers or other intellectuals and, for Elias, his work as a scholar made internment bearable.

As a material, this ubiquitous water-resistant fabric is intimately connected to the economic and social history of the naval empires. Today, tarpaulins are made from plastics but, until the 20th century, they were made from flax canvas imported from Ireland and the Baltic, produced in Britain and coated in water-resistant tar. Tarpaulin also gave its name to sailors who slept on deck using the material to protect against the wind, rain and sea and it came to symbolise the possibility of rising through the ranks to become so-called 'Tarpaulin Commanders'.

Tarpaulin features in the works of writers such as Hermann Melville and Daniel Defoe and inspires filmmakers like Eisenstein who tells the story of mutiny in Battleship Potemkin, where the court-marshalled sailors face execution under tarpaulin - a key scene in cinematic history, it symbolises to many viewers the beginning of the Russian Revolution.