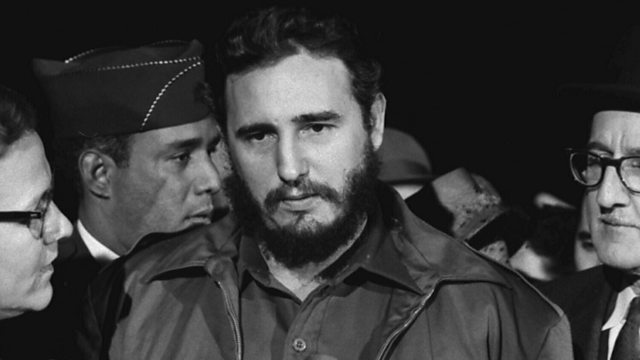 In his first UK broadcast interview the Syrian Catholic priest captured by IS, Father Jacques Mourad, talks to Sima Kotecha about his ordeal and the circumstances of his release.

One of the largest surveys of UK Sikh's was published this week. Its authors argue the results will lead to a shake-up of the Government's approach to the needs of British Sikhs. Dr Opinderjit Kaur Takhar talks about its findings.

The daughter of Archbishop Desmond Tutu, Mpho Tutu van Furth, talks to Rev Charlotte Bannister-Parker about giving up her priest's license in order to marry her female partner and why she thinks it's time that the Anglican Church took a different view on same-sex marriage.

As the world reflects on the life and impact of Fidel Castro, Austen Ivereigh talks to Sima Kotecha about his complex relationship with religion.

A camera designed for astrophysics research has helped to bring 150 thousand Birmingham Muslims together for morning prayers. Dr Shahid Merali, the man behind the innovative project, explains why.

Last year 824,300 people attended Cathedral Advent services - the highest for a decade. This Advent Sunday Hazel Southam reports on why more and more people are attracted to Cathedral.

Segregation along racial lines is still a major issue in UK Pentecostal churches. An event bringing black and white churches together happened this weekend and Trevor Barnes went along to meet Dr Joe Aldred and Dr Andrew Davies and find out why things might be starting to change.