BBC Four
Young, Gifted and Classical: The Making of a Maestro
Main content 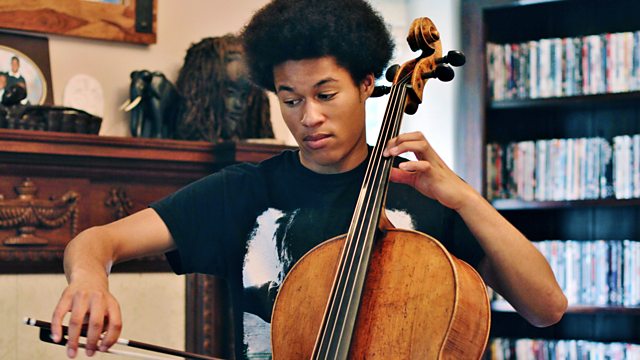 Young, Gifted and Classical: The Making of a Maestro

Film following Sheku Kanneh-Mason, who became the first black winner of BBC Young Musician, as he tries to come to terms with his win and the pressures and opportunities it brings.

Sheku Kanneh-Mason made history in 2016 when he became the first black winner of the BBC Young Musician competition. Sheku has six musically gifted siblings and this film explores their extraordinary talents and issues of diversity in classical music.

We follow Sheku and his brothers and sisters and examine the sacrifices that parents Stuart and Kadie make in order to support their children in pursuing their musical dreams. Told through the prism of family life we get an understanding of what it is that drives this family to be the best musicians they can be.

At the heart of the story is 17-year-old Sheku, and we see him coming to terms with his Young Musician win and the pressures and opportunities it brings. His life is changing dramatically as he now has to learn to deal with the challenges of becoming a world-renowned cellist.

He gets advice from those who have trodden this path already, including international violinist Nicola Benedetti and renowned cellist Julian Lloyd Webber, discovering what it takes to be a famous international solo musician.

The documentary culminates with Sheku's biggest performance to date, playing at the world-famous Royal Festival Hall in London, with Britain's first all-black and ethnic minority orchestra, Chineke!. As the preparations for this groundbreaking concert begin, the film explores what it means to be a young, black, classical musician in today's society.